Will I Ever Stop Being Fascinated By The 180SX?

I used to drive an AE92, Grand Civic and Soarer Z30 before I got behind the wheel of my current baby. In my teens, I used to hit up touge (mountain passes) and roads by the sea at night in those rides. Compared to back then, my current Nissan 180SX is a lot more modest. I’ve been crazy about 180SX’s for a while now.

Some people like Kei cars, some drive wagons. We all have our preferences. It’s really hard to describe in words what I like about the 180SX. 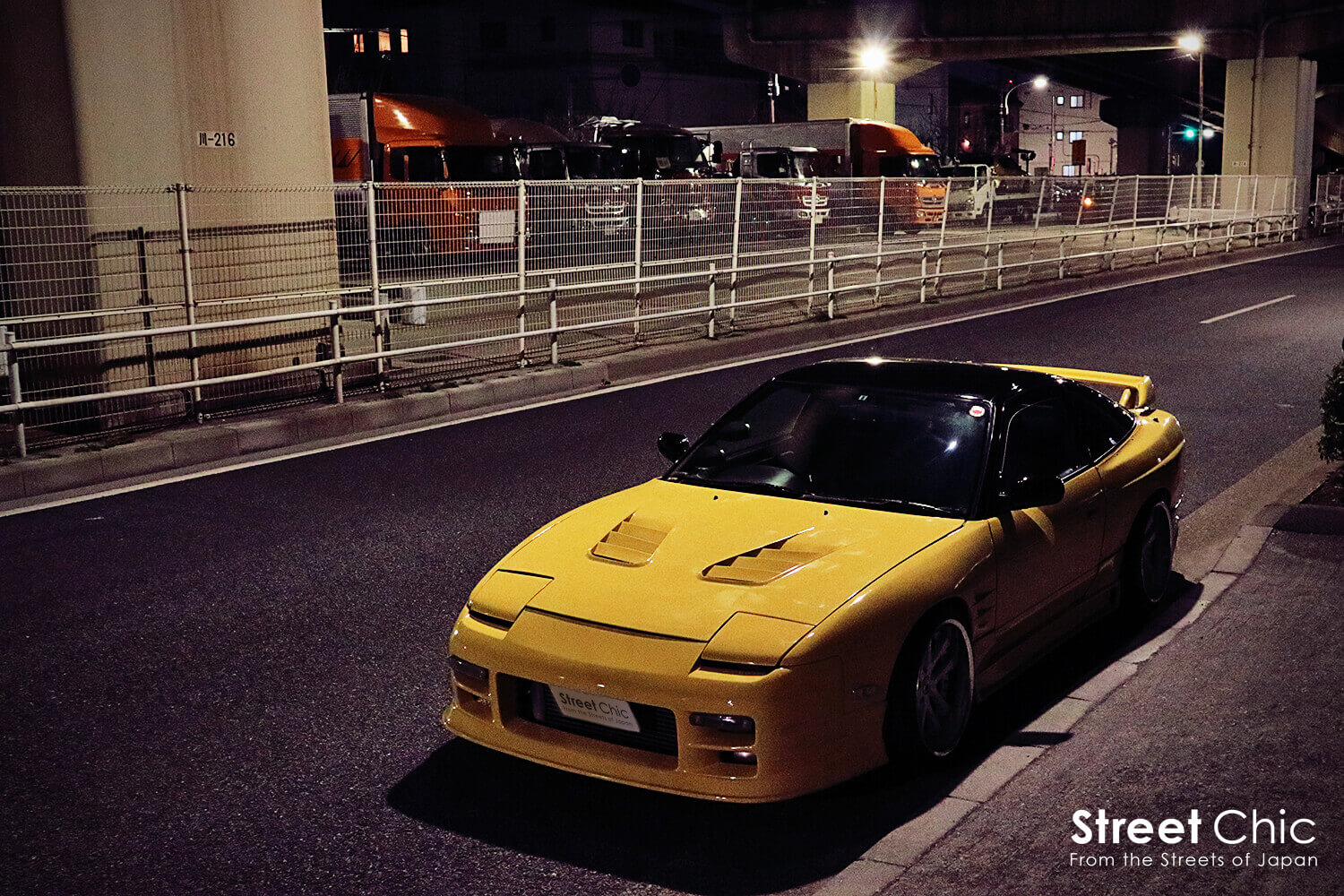 The car is like a Bonsai tree to me now. Not only do I love driving it, I’ve grown to love customizing it, as well as simply looking at it. The mod on the car is not anything to brag about, though. I did do some smoothing on a G-Corporation bumper the other day, but overall I haven’t done much to it.

Sanctuary for the mind

The engine is normal, as I haven’t even boosted the engine’s horsepower yet. Most of the time I’m too busy fixing things that broke to think about enhancing anything. So the car is currently not much of a racer, but it still is helluva car to ride around in.

At night, when I’m driving on a highway or a mountain pass, the car becomes a sanctuary where I can forget about the daily grind and let my mind wander off. 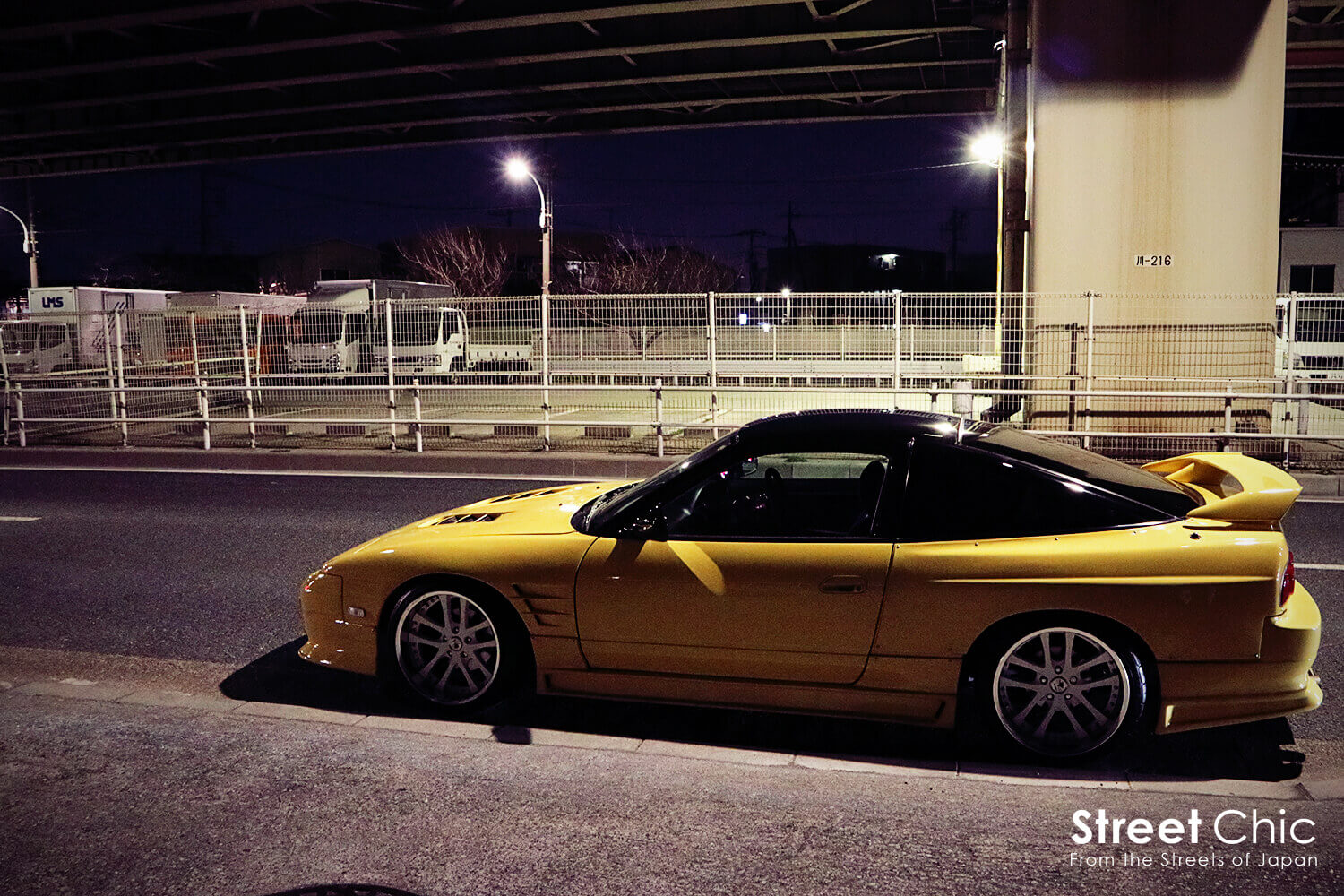 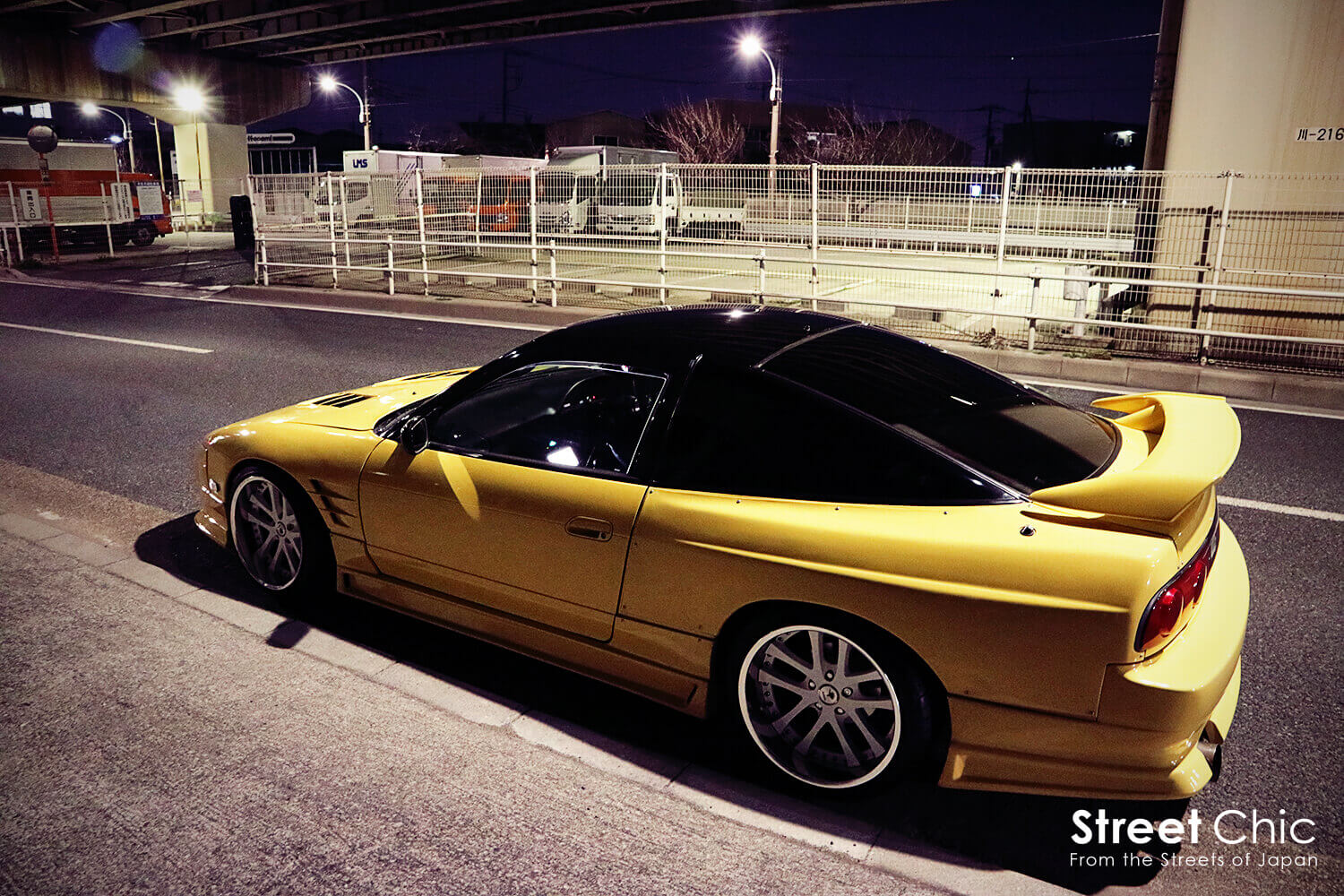 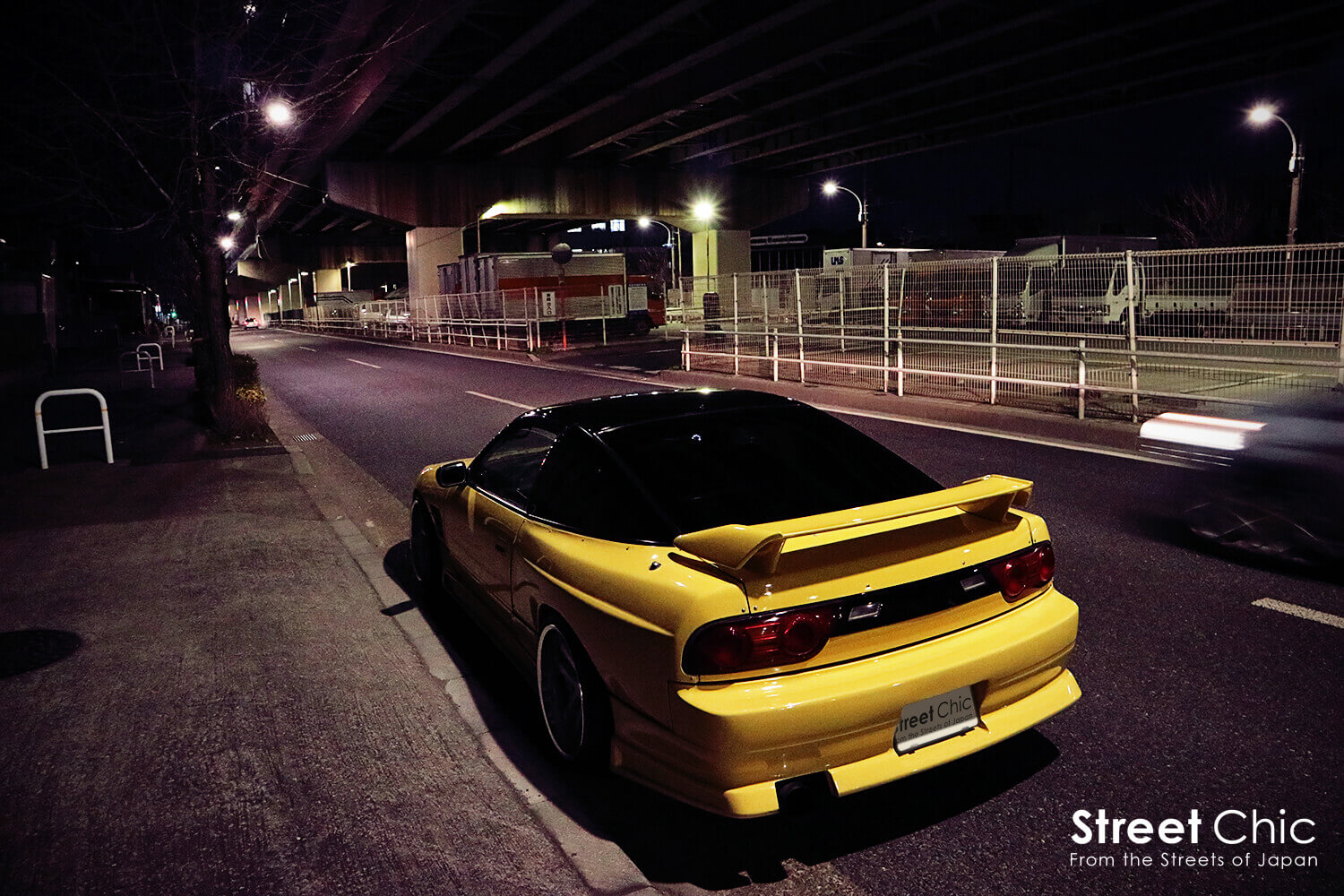 Yellow 180SX is actually pretty rare, from what I found out a few years ago. But that didn’t stop me from painting the roof black. Purists will probably kill me, but I like it.

Modifying the suspension and wheels

Last year, the JIS suspension I had were wearing out so I decided to replace the suspension system. I bought suspension from Blitz (a safe bet), tie rods from GP Sports and rear upper arms from Cusco, and everything else from KTS Factory.

Before the modification, I had been wanting to change to 18″ wheels. I’m sure most car heads can relate, but once you start wanting to buy something, the feeling bugs you and you start coming up with excuses to justify the purchase until you cave in.

I’ve wanted Weds LXZ wheels for a while but they stopped making 18″ and I was having trouble finding them. 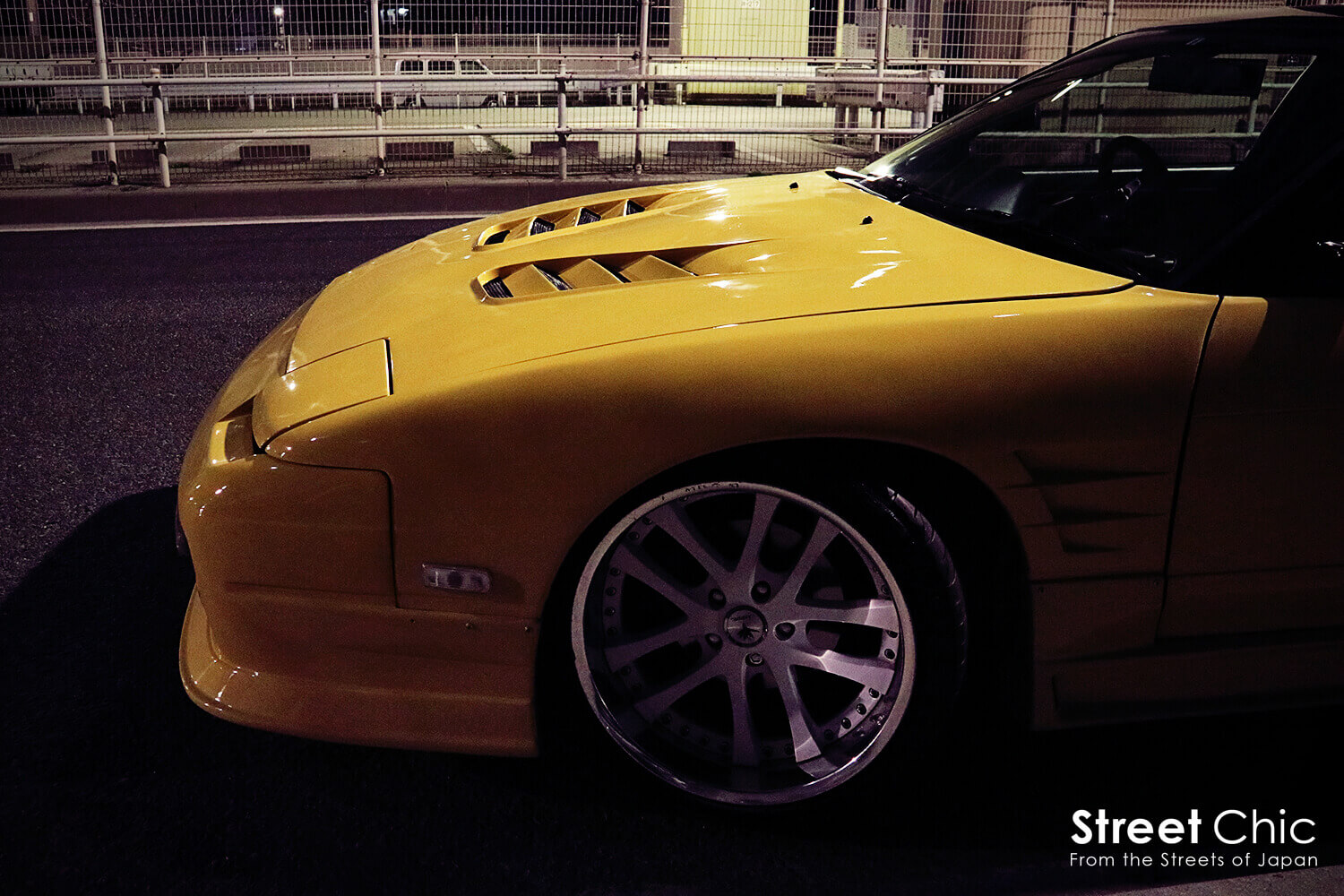 Right around the time I decided to replace the suspension system, I found 18″ LXZ wheels so I bought them. They were kind of worn out with cracks in the inner side of the rims, but I loved the size and offset so I bought them anyway for a not-so-cheap price.

I was thinking about taking the wheels to get the cracks fixed, but although bends and scratches on wheels are fine, cracks are something that may or may not be amended, depending on the condition.

So I thought, maybe I’ll just change the rims myself, but when I asked Weds about it, they told me that they do rim replacement, so I sent out the wheels to them.

By the way, if there are any bending on the discs they cannot replace rims, and they do an X-ray test before to make sure they can do it. I was nervous until hearing the result. 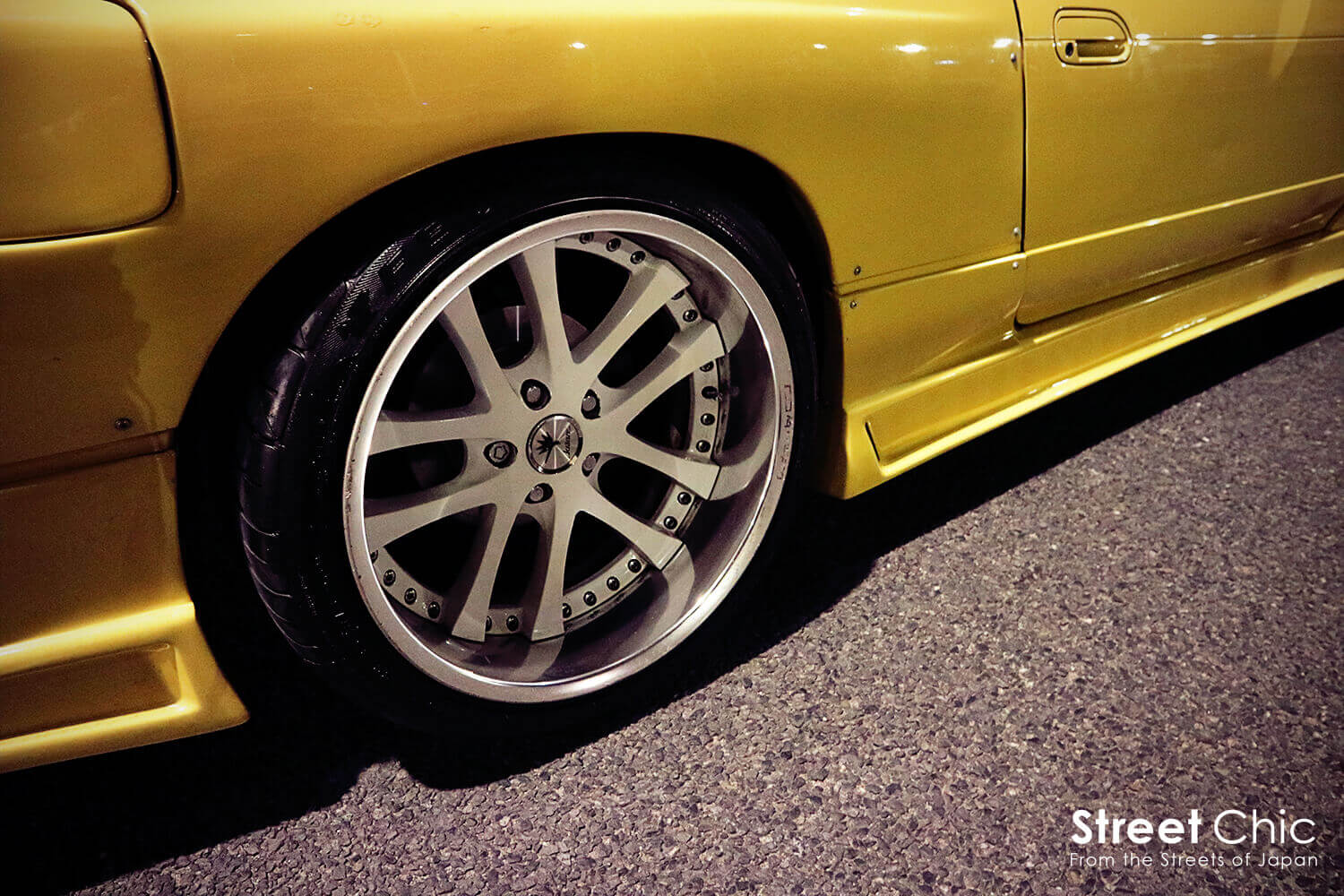 I ended up paying so much that I could’ve bought new ones. But I was able to get wheels that I’ve always wanted so I can’t complain. This may be something that’s hard to understand for non car geeks, but for us, the feeling you get from putting on parts you’ve always wanted on your baby is indescribable in words. It just puts a huge smile on your face. Even if that’s essentially all you get out of the experience – a smile – it’s worth it.

I’d like to lower the car even more, but then I’d have to do some panel beating on the front fenders or else they’ll touch the tires. I’d also need to cut the arches of the rear fenders a little since I haven’t done anything on them yet. There are so many things to be done to this car, but getting things off my To Do List little by little is part of the fun of customizing a car. I think it’s similar to enjoying a cigar (though I’ve never smoked one) in that, it’s all about savoring each process, taking in the fun in bits and not rushing anything. 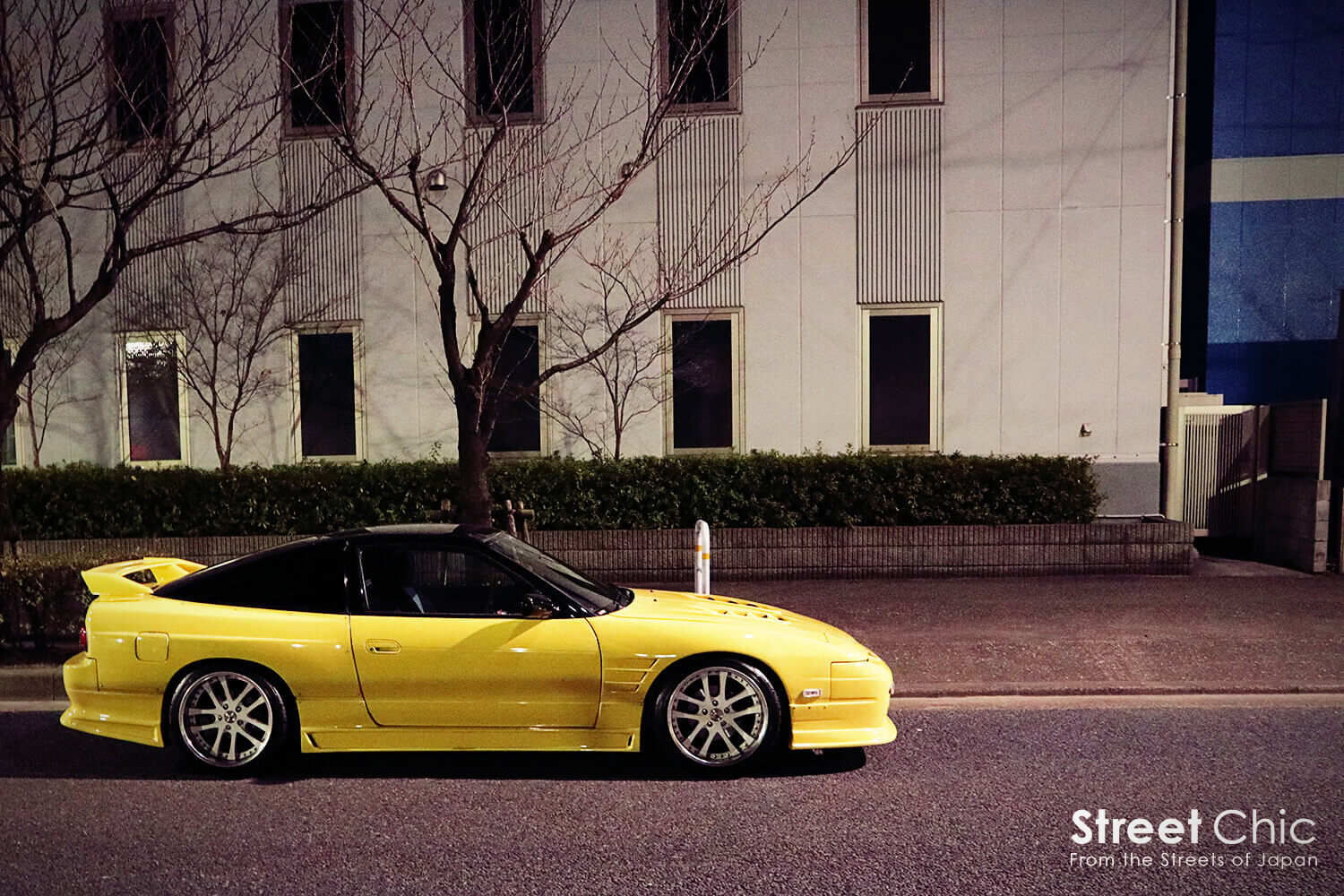 I prefer my interiors to be simple. I like the seats and dashboard the 180SX comes with, but I did change the driver’s seat to a Recaro. There are many things I’d like to do inside, but I gotta take it slow. I’m interested in getting full bucket seats and a roll cage but since this is my everyday ride that I use to get around town, I can’t ask for too much. 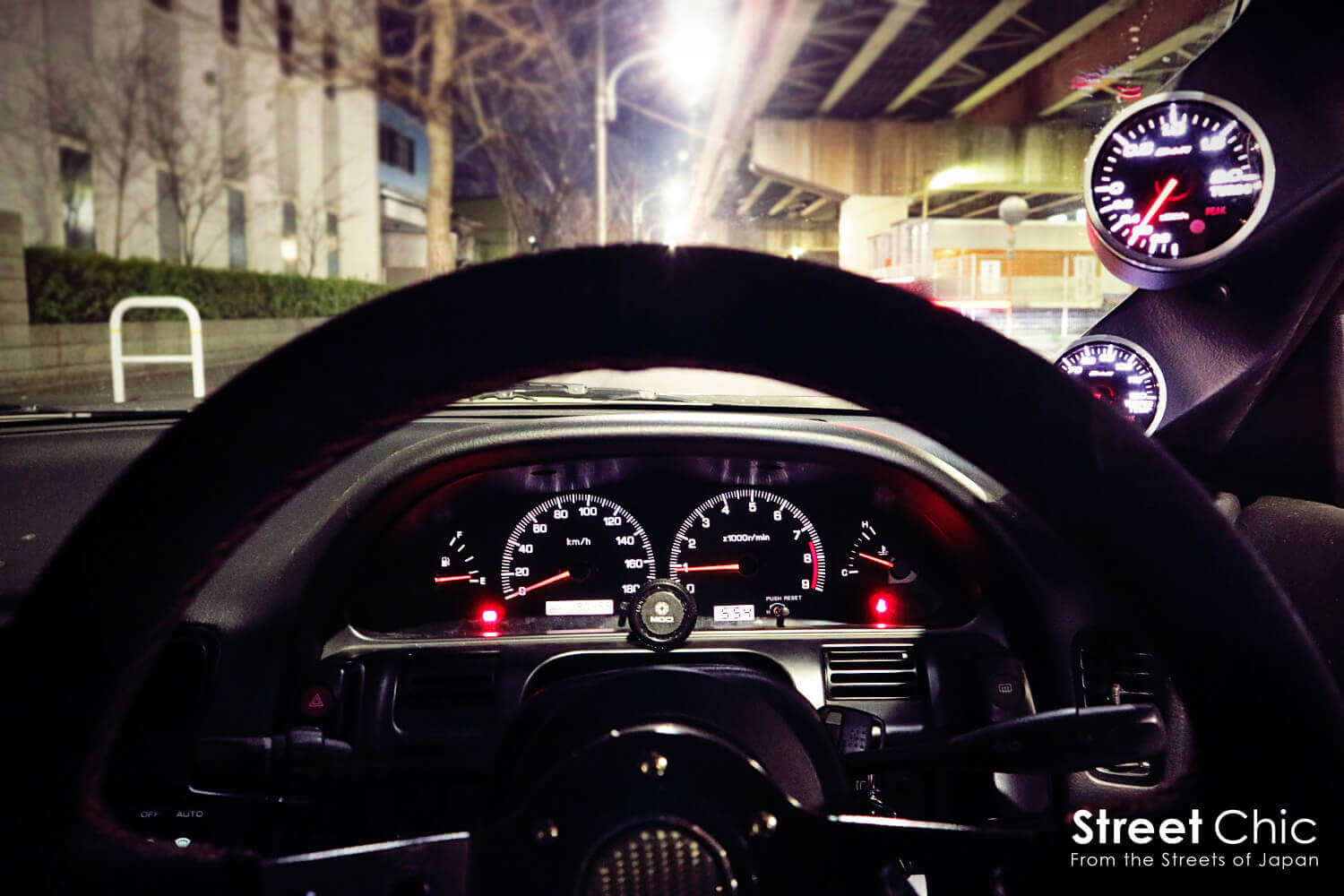 Crazy about the 180SX

I do feel proud to be driving in this car whenever a neighborhood kid comes over and points at my car and says to me, “what’s that?” or “that’s so cool!” or an elderly man comments about my car, but otherwise, I’d save a lot of money if I was driving an electric car. And I wouldn’t have to worry about repairing as often.

So why do I drive this car?

It’s not a supercar, nor a sports car. I wonder, will I ever stop being fascinated by this car? 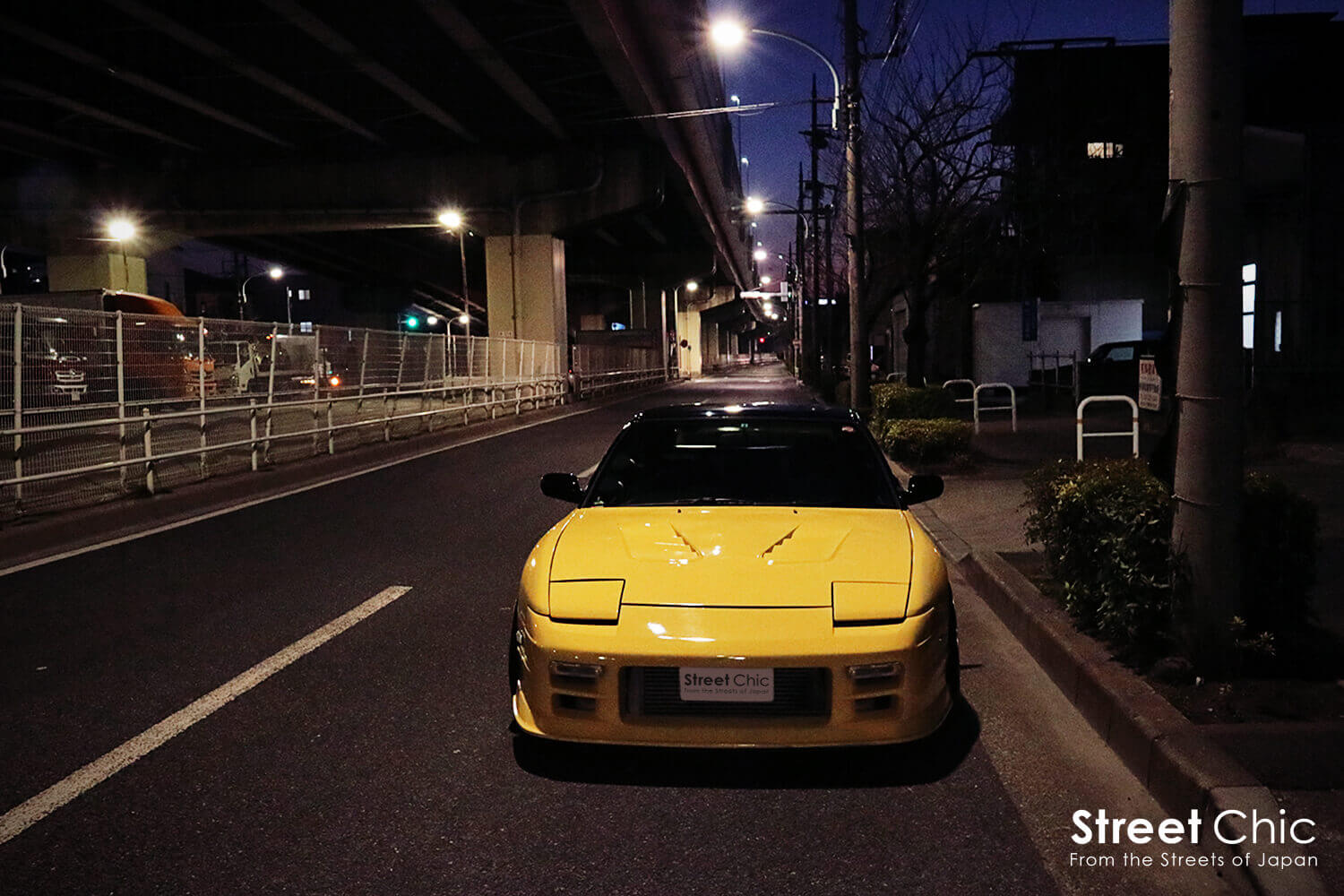